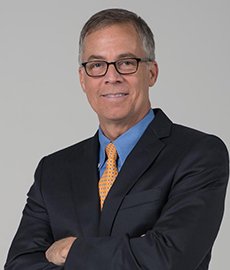 Christopher M. Rolle is the founder and managing partner of our firm. As a seasoned trial lawyer he has appeared in no fewer than 14 different jurisdictions in the State and Federal courts of Maryland, including cases taken to the Maryland Court of Special Appeals and the Maryland Court of Appeals. He has been practicing law since 1988, so he has the experience to handle each matter effectively. Having received a Master of Business Administration (M.B.A.) degree from the prestigious Wharton School of the University of Pennsylvania, Mr. Rolle is uniquely qualified to assist clients in complex business and financial matters. He also is a licensed Maryland real estate broker.

While in law school, Mr. Rolle served as Editor in Chief of the Maryland Journal of International Law & Trade. He was also a member of the Moot Court Board.

Mr. Rolle has taught classes on business, divorce and administrative law, and has been voted one of the top lawyers in Frederick by Frederick Magazine. He is admitted to practice in Maryland District, Circuit and appellate courts and in the United States Federal Court.

Mr. Rolle is married and has four sons.